I’ve been rocking Linux on the desktop for quite some time now and decided to provide some insights into what it’s like on a day-to-day basis, as well as cover some of the questions people had about my setup specifically. 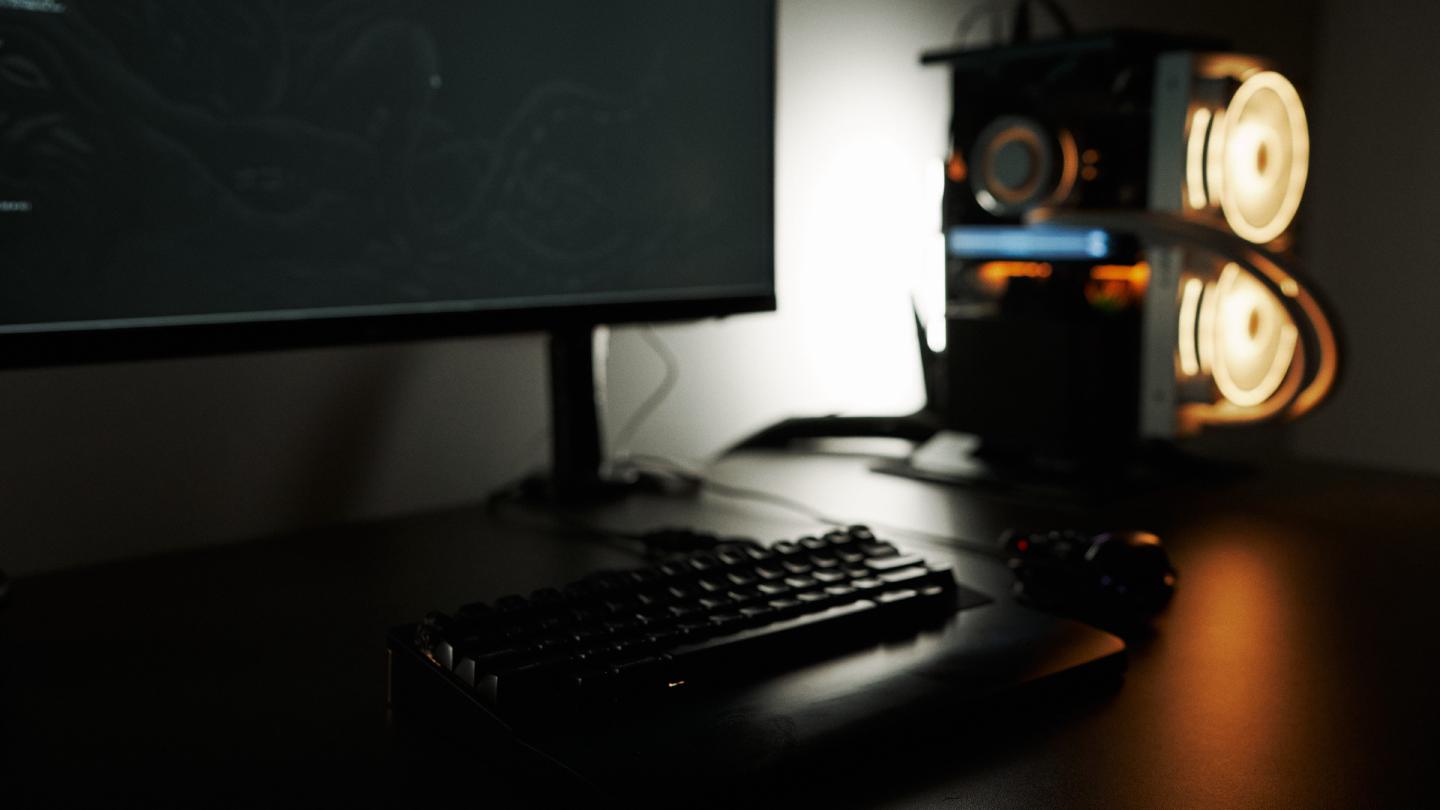 It has been nearly half a year now since I’ve been back on Linux, full-time. Over a decade ago I left my IBM ThinkPad running XFree86, GTK, and ALSA for Apple’s Mac OS X, an operating system that, back at the time, had all the bells and whistles Linux people could only dream about, like 3D acceleration for the UI, an actual alpha channel for transparency, a solid audio framework, and much more.
After taking my time to evaluate different options, this year I finally made the switch back onto Linux and what can I say: It’s a lot better than I expected it to be.

Wayland has solved what XFree86 and X.org couldn’t, there are audio frameworks worth that name with PipeWire, PulseAudio, JACK and GStreamer, and desktop hardware support has improved significantly. Up until now, I don’t miss anything that I had on macOS, apart from maybe Capture One for processing raw photos. But to be fair, I was probably never the typical macOS user, to begin with.

My workflow consists of mainly terminal applications and browsers. I successfully made the switch from Sublime Text to NeoVim and the Gentoo installation that I’m running is minimal and lightweight, with up until now 1468 installed packages (qlist -I) in total – with most of them being terminal applications.

Nevertheless, I’m able to successfully run more sophisticated multimedia applications as well. For example, OBS Studio works like a charm and I can use my camera to record or stream video. I’m yet to decide on an audio interface to be able to have sound with it, but I haven’t had the time to figure out what hardware works best for that purpose. Focusrite’s Scarlett seems to be the streamer’s favorite, but apparently, it is a bad choice under Linux. The MOTU M2 instead appears to work nicely but seems hard to get. And the AudioFuse is a whole other beast that might not even require too much OS support but might be too sophisticated (and expensive) for what I’m doing.

Updates on the Hardware

No hardware updates were performed. Just like everyone else I’m still waiting for a newer/more powerful AMD Radeon GPU to become available. Other than that nothing is requiring an update so far.

Updates on the Software

I’m still running Gentoo with an encrypted OpenZFS RAID1 and I haven’t changed much in terms of the GUI either. I use Wayland and Sway, waybar for displaying system status info, work spaces, currently playing music as well as the system tray and the active application’s title. I wrote some custom integration for waybar, e.g. for zeit.

The integrations that I built use wofi, which is a Wayland compatible rofi/dmenu.
I have dunst for displaying desktop notifications for specific events, e.g. when I connect to a VPN I have it display my public IP to make sure the connection was activated successfully.

For most of the programs and tools that I use I have configurations pushed to my dotfiles repo on GitHub.

The only reason that I still keep an old MacBook around is, because I use it for managing and editing photos that I took with my camera in Capture One. I know that there are alternatives on Linux, like Darktable or RawTherapee, but unfortunately last time I checked they didn’t support a lot of things that I’m using, like for example the the presets I had in Lightroom, that I converted to Capture One eventually.

Additionally, I feel like on my specific setup applications like Darktable, Blender or FreeCAD aren’t as stable as they would usually be, since I’m experiencing significantly more crashes than I did on macOS. So far I couldn’t pin-down the exact cause, but it might very well have something to do with my use of the ~amd64 (unstable) variants of either the packages or some of their dependencies.

Other than that I haven’t had trouble with crashes whatsoever. I often read that especially programs like Firefox seem to have odd for people, but I haven’t had any issues so far. One thing that does occur are random screen glitches/artifacts that appear and disappear within milliseconds when I have a video playing somewhere on a website. It doesn’t occur when playing videos full screen and I assume it has something to do with the AMD Radeon Pro/the GPU driver/Wayland, but so far I didn’t care enough to invest time into debugging this.

Another reason I turn on my MacBook from time to time is to set up or change the settings on my keyboard(s) using VIA. I know that there’s a build for Linux, but since it’s not (yet) open source, I’ll just stick with the macOS version for now.

I came across questions that were asked when links to part two were posted on various sites. I didn’t post the links (e.g. on twitter, hn, …) and since I don’t have accounts on these sites, I’m just going to answer here to what seem to be the most prominent questions.

How much did it cost?

If you’re asking sweet Monet, roundabout $2.6k, due to heavily inflated prices for many components and high delivery fees. If you mean time, roughly two days for the initial installation, plus now and then some tweaking and updating. All in all probably not a lot longer than it usually takes to really set up macOS with brew and all the tools and apps one might need.

Curious why a custom 5.12 kernel though.

It was the Kernel that was available at the time I installed the base system and it’s custom due to ZFS. It also only consists of drivers/options required for exactly that hardware. And yes, I already had to re-compile the Kernel multiple times to use various new USB devices. But since recompiling it won’t take longer than a couple of minutes I’m okay to do so every now and then.

It must be nice to live in a place where you don’t get enough dust to cover your parts in a day.

It is, indeed. Say hello to the few benefits of an average of 86% humidity all year long! Living well over 150 meters above street level might as well have a bit of an impact on dust.
However, I’m surprised myself by how little dust the build gathers. Usually only the top surfaces have a bit of dust covering and require wiping every three weeks or so. I only recently had to vac the radiator grill because it accumulated some dust that led to the system’s base temperature to be a notch higher than usual.

I really don’t understand the appeal of this “gamer“ aesthetic.

Not an actual question, nevertheless: It’s not for everyone and I wasn’t planning on going full unicorn-puke-mode either. Unfortunately, OpenRGB didn’t allow me to configure Asus Aura settings back at the time. However, this changed with OpenRGB 0.61, allowing me to configure custom colors for everything but the RAM modules. Those are still pulsating white and I haven’t figured out how to change them. I don’t particularly mind that, though, as it’s a neutral color.

What I do mind instead are the mouse’s LEDs. I have an older MadCatz R.A.T. 8+ from back at the time when MadCatz was still a somewhat decent company, making somewhat decent mice. However, their drivers for configuring the mouse are only available for Windows, which I don’t happen to have around all the time, making it challenging to adjust colors. At some point I might give in and go for a Logitech mouse, most likely the MX Vertical or MX Master.