With barely any ecosystem around Khadas’ products, I decided to fullfil the need for a stand with integrated cooling for the VIM3 on my own. 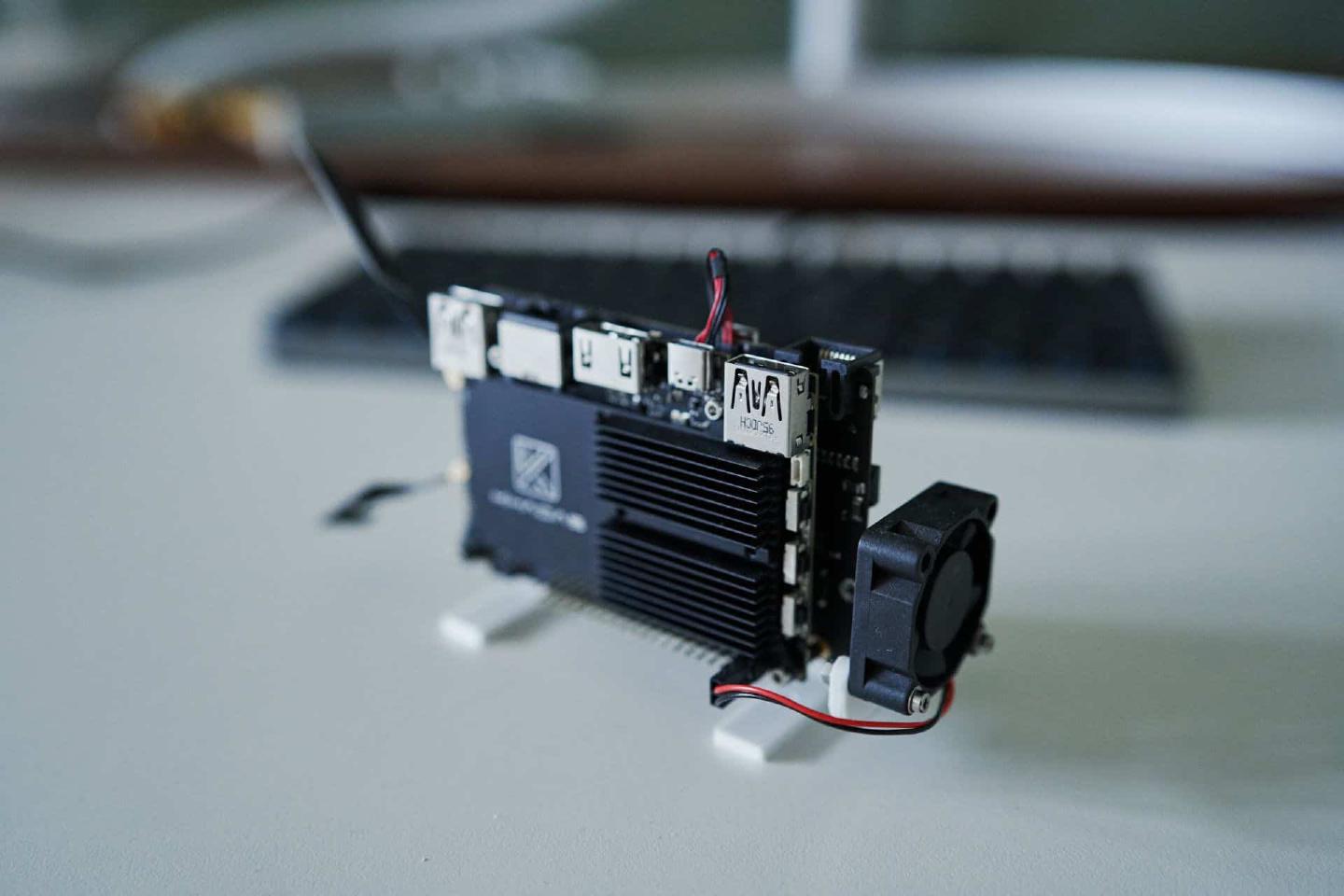 A few months ago I got my hands on one of the very first VIM3 Pro SBCs, which looked very promising from a hardware perspective at that time. However, after a while it was getting pretty clear that Khadas won’t be able to deliver on neither the software-side nor the ecosystem of the VIM3 as quickly as many people (including myself) thought they would. Back at that time I couldn’t even get my hands on the official cooler that fits the heat-sink, hence I needed to build a cooling solution on my own. Also, the official cooler only took care of the upper side of the Khadas. If you happen to have a NVMe SSD mounted underneath the board, using their extender board, then you might have noticed that this can get ridiculously hot as well, with the heat being unable to pass off from underneath.

Hence I decided to design and print a vertical stand for the VIM3 – just like I did for the Raspberry Pi 4 – that allowed the board to stay upright and makes it possible for a 5V fan to be attached at one end, in order to carry away the heat from the front as well as the back of the board. The stand was intentionally built in a very light way, since for the purpose I used it weight was an important thing to consider.

As for the printing, I recommend using PETg with 100% infill. If you’re looking for someone to print it for you, I’d suggest giving 3D Hubs a try since I’ve been very satisfied with their services so far.