What if I told you that you could read your RSS feeds in your terminal, in full length, without ads, beautifully rendered with images? Meet Canard, a command line #TUI client for the Journalist RSS aggregator. 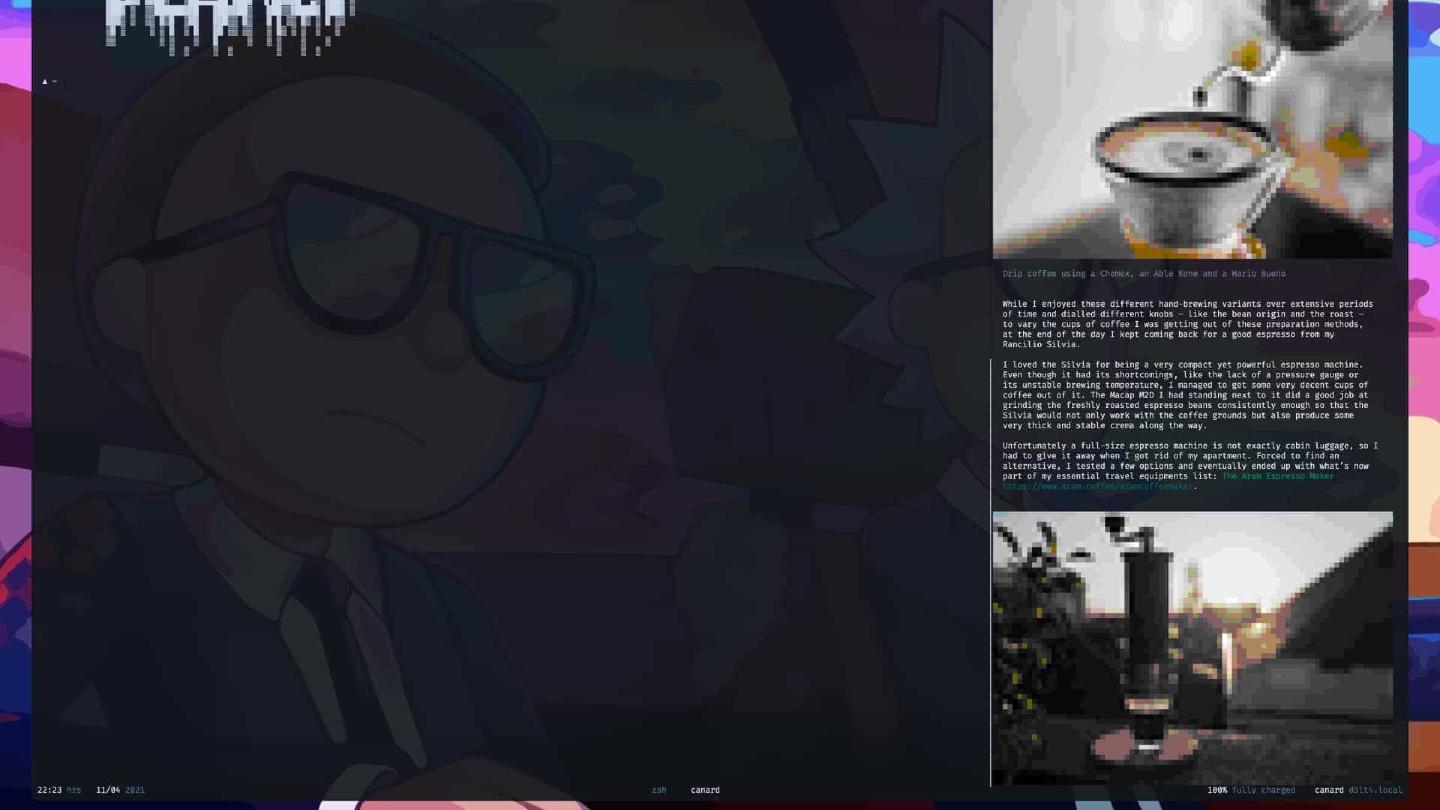 When I started working on Journalist my primary goal was to get rid of Feedly, which I used to synchronize my RSS feeds across multiple devices. I sought for an alternative that I could host on my own and offered a nice set of features. While there are a handful of open source Feed aggregators around, I had a couple of ideas in mind that none of them seem to have covered. So I began implementing my own service, which very soon was released on GitHub.

With Journalist slowly approaching a solid and usable state, I took on the next step. In order to be able to implement some of the fancy ideas I have in mind, I needed my own RSS client. While some nifty tricks like full-site readability has been implemented and made available through Journalist’s vanilla Fever API (and soon through its vanilla Google Reader API), there are a few other features that won’t work without extending the API. Hence, I decided to begin writing a minimalist TUI RSS reader, which will be able to make use of all these extensions: Canard.

Canard (/kəˈnɑɹd/) is a command line text user interface for browsing your RSS feeds on Journalist. So far, it offers full-site readability and even displays images as block-renders inside the terminal – just like Gomphotherium, my Mastodon TUI client does.

With Canard however, it will be possible to make use of additional API extensions. One feature that I’m looking forward for example is an extension that would suggest similar articles/stories from different sources, in order to allow double-checking information without even leaving the article view. There are a few other ideas that I have in mind as well, so stay tuned for some really nifty enhancements in these areas!