As someone who’s always on-the-go I get the chance to visit some of the most amazing and unique places on earth. Sometimes, my stays are long and rich in detail, other times they’re short and hectic but more often than not my travels are eventful. In order to allow myself to recollect those memories, capturing them are therefor a big part of my travels. 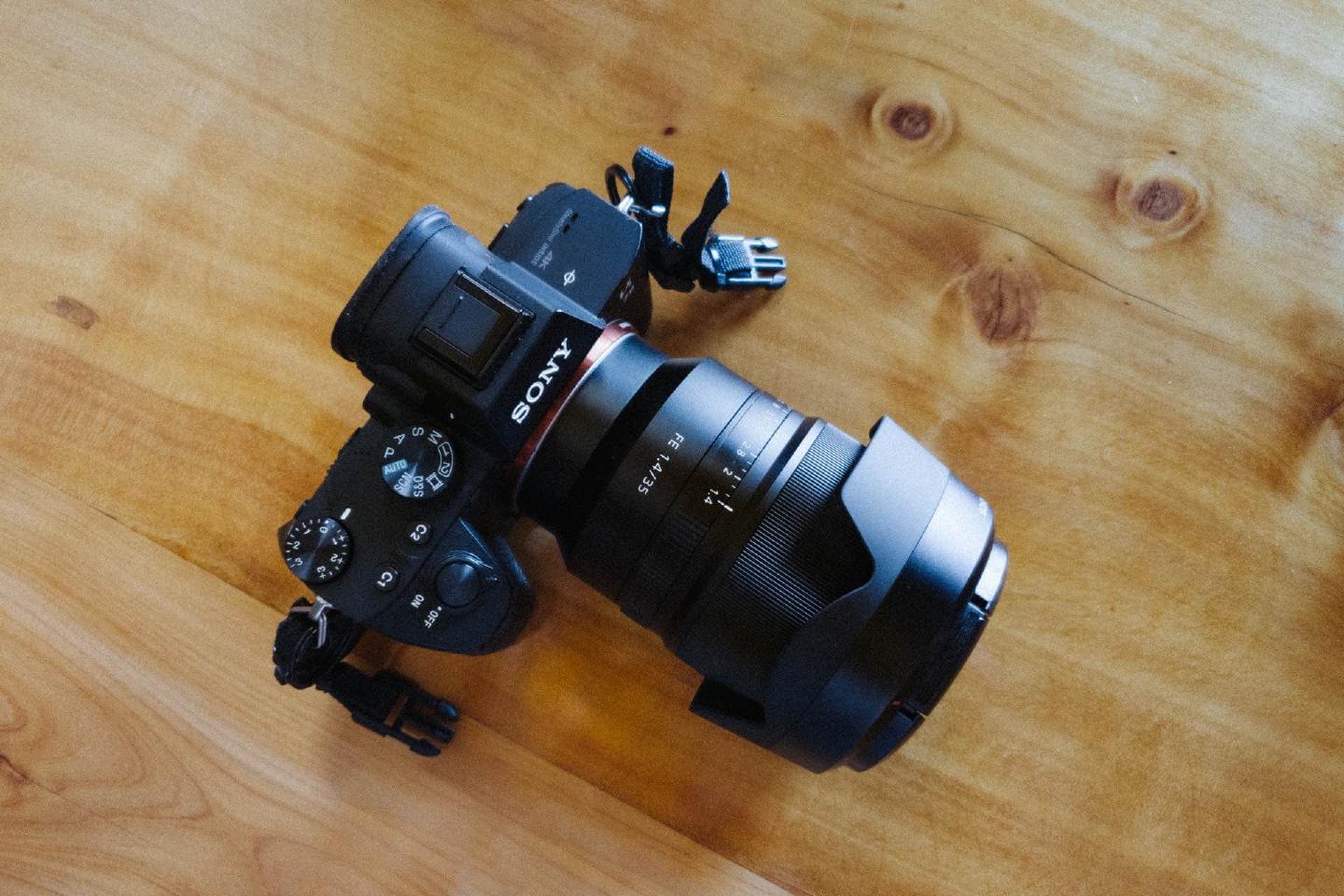 I’m not a very artsy person. Photography for me is merely a tool; Videography barely a thing. And while I enjoy browsing through carefully crafted collections of photos and film, I do neither posses the required talent or skills, nor the ambition for that artisanry. I use photography to capture moments that allow me to remember. And out of the dozens of moments that I capture on my travels, I sometimes carefully select a few impressions which I think might give others the possibility to experience that very brief moment through my eyes.

“Photography takes an instant out of time, altering life by holding it still.”
— Dorothea Lange

I’ve been using photography to document my travels for over a decade and, like most tech-aficionados, I’ve been experimenting with a variety of tools in order to find the right fit for my needs. I think my first serious attempt in regard of photography was back at the time when Canon’s 450D was still a thing. I worked with that camera for many years and tried to get the most out of it, up until the point where its technical limitations became too much of downside. Eventually I upgraded to the 7D and while I understood the advantages over the 450D, my main motivation for switching to it was the inspiring work of a very good friend of mine that used the 7D as his daily-driver. Little did I know that equipment alone isn’t going to get me where he was, heh.

However, after a short period of time I decided to sell the 7D again. The results I got from it weren’t on par with my expectations and the CF cards started to burn big holes into my pockets – not to mention the lenses I had accumulated so far. Canon lenses weren’t cheap and with the Camera’s 1.6x crop factor I failed to get the results I was looking forward to, no matter the lens.

At that point I was stuck. The Canon cameras never really worked for me, not only because I failed my own expectations but also out of a purely practical perspective. The 450D as well as the 7D were some really chunky cameras. Travelling with them – that included at least the body, lenses, batteries, cables and chargers – slowly became a big annoyance. Clearly, things wouldn’t get any better if I would have switched to an even more sophisticated model like the 5D.

Luckily, roughly around the same time, Sony released a camera that appeared to check all those boxes that I wished for: A more-or-less light camera with interchangeable lenses that ideally shoots 35mm full-format photos on cheap SD cards. And after a few months of consideration (and price adjustments) I decided to get myself a Sony Alpha ILCE-7 I.
The Alpha turned out to be the best choice I ever made in terms of photography gear. In fact, it was my daily-driver for the next years to come. I had a beautiful collection of adapted Voigtlaender and Zeiss lenses for it, and even though I sometimes missed the ability to just press the shutter button and get a 100% (or at least 90%) focused photo, the manual-focusing wasn’t too much of a deal-breaker back then. I surely missed capturing many interesting moments, but I nevertheless felt like the manual effort gave the photos a little extra. At least they looked that way to me.

With Sony advancing their α7 ecosystem over the past years and my growing demand for a more minimalistic lifestyle I eventually replaced my ILCE-7 I and its plenty adapters and lenses with a one-size-fits-all solution that I’ve been rocking up until this very day.

Sony’s third iteration on its α7 series gained many nifty features while still keeping a low profile at 126.9x95.6x73.7 mm and a weight just shy of 700g. Even with the SEL35F14Z – a 78.5x112 mm lens – attached to it, the whole device weights roughly 1.3kg and shoots photos at 35mm focal length, with a very fast aperture of up to f/1.4, at an angle of view of 63º. And all that on a 35mm full-frame sensor that does an amazing job in low-light situations and even sports 4k videography capabilities.

Apart from its awesome specs, the Sony α7 III features a significantly better firmware that allows for tethered photo and video capture, meaning that I was able to capture photos from a distance using only my smartphone, without holding the camera in my hands. It also does a lot better than its predecessors in terms of battery consumption. I usually get a full day – multiple 32GB SD cards – of raw photos out of one battery.

The Zeiss glass on the other hand is an amazing counter-part to the α7. Its versatility is key and compared to the 50mm options its 35mm focal length allows to capture more of the surroundings to tell a complete story. The lens’ imaging quality is top-notch and even with the auto-focus not being the fastest or most accurate, this specific combination was a huge leap forward to me in comparison to the previously adapted Zeiss and Voigtlaender lenses that I had.

I prefer to travel lightweight and not drag around a lot of equipment for my camera. I have the RØDE VideoMicro in case I do need to record video with decent in-camera sound and I also have the Gobe FK ND kit, which contains of a ND2, ND4, ND8, ND64 and a ND1000 filter. In addition, I keep a few spare batteries around and I also have the external Sony charger, just so that I don’t have to keep the camera plugged in all the time to recharge them.

In order to carry the camera around I got myself a Langly Paracord Strap. I loved its bright red/orange looks, but in hindsight it wasn’t the best thing to buy. While the Langly cord looks awesome, it turned out to be very unreliable. While I was travelling through Japan, it happened multiple times that it simply let go of the camera while it was hanging around my neck. Apparently, the cord starts to spontaneously untie itself from the buckles after being in use for a while. I’ve tried contacting Langly about this issue but they couldn’t really help me and offered me a voucher for my next purchase instead. I ended up fixing it myself though. While I was in Osaka I came by one of the tiny hardware stores near the Tsūtenkaku tower and managed to find a pack of cable ties that I would use to permanently fix the cord to the buckles. I haven’t had it let go of my Alpha ever since but I nevertheless lost trust in it and always make sure to keep at least one hand on the camera while it’s hanging around my neck.

For developing the raw images I use my laptop and Capture One. While I was heavily dependant on Adobe Lightroom for years, I am glad that I eventually found a way to get rid of it and still make use of the Kodak Portra-inspired VSCO presets I’m almost always using on my photos. The overall process is incredibly easy: I import the raws into dedicated libraries – I usually have one per city and anohter one containing only individual snapshots – apply the my go-to-preset to them and export the ones I like best into a dedicated (structured) folder on my own cloud. I never really re-touch my photos in terms of spot removals or things like that and I usually export them in 4K resolution. That’s pretty much it.

Just recently Sony extended their software collection with an app called Imaging Edge Webcam that allows to use Sony cameras as webcams. The software runs under Windows as well as macOS (expect the latest Apple Silicon hardware).

Under Linux the camera can also be used as webcam thanks to Video4Linux and gphoto. With the v4l2loopback package installed and the module loaded (modprobe v4l2loopback devices=2 exclusive_caps=1) it’s possible to stream the video to e.g. /dev/video1 by using the following command:

/dev/video1 then can be used as webcam device in the browser or as camera stream in OBS.